۵ clever (and one creepy) uses for NFC technology

So, do you use your phone’s NFC functionality? If you do, then it is probably for something like pairing your handset with accessories, for sharing files with buddies, or for making contact-less payments. The list of uses for NFC, however, doesn’t end here.
After a little digging on the internet, we managed to find several rather unusual, yet pretty clever uses for NFC technology. For example, did you know that NFC-enabled smartphones could be used to unlock doors? Or that jewelry with embedded NFC chips could trigger commands when near a smartphone? Read on to learn more.

۱. NFC business cards
Not long ago, the guys at Moo.com announced a clever new product of theirs – NFC-enabled business cards. These can instruct a smartphone to download a portfolio, to play music or video, or to load a specific web page, to give a few examples. Or they can simply add new contact information to the address book of the smartphone they’re tapped onto. And since the NFC tags embedded into the cards are programmable, you’re free to rewrite them, thus setting a different task for the card to perform.

۲. NFC ring
This may look like an ordinary ring, but it is not. Inside it is contained an NFC chip that can be used for a number of tasks, unlocking a smartphone being one of them. Plus, the accessory is stylish, battery-independent, water-resistant, and not all that expensive. Various designs can be pre-ordered for around $50.

۳. Key2share NFC door lock
Speaking of unlocking things, Key2Share is a solution leveraging NFC technology in Android smartphones to enable keyless access across a company’s premises. In other words, it is a high-tech door knob that can be unlocked only by those who have the necessary permissions. With its help, enterprises can specify the areas which a given employee is allowed to access, and the times of the day when access is being granted. Also, all doors can be automatically unlocked in emergency situations.

۴. Light-up NFC nails
Nothing says “Look at me!” like a set of flashing lights. And for ladies who want to draw attention while on the phone, Japanese toy company Takara Tomy Arts has a peculiar accessory – a set of artificial nails with built-in LEDs. These are powered by a phone’s NFC antenna and flash in a situation that the user specifies using a dedicated application.

۵. NFC in libraries
Some libraries in Japan have already installed NFC tags on their shelves, thus allowing people to quickly get information about a given title or its author by tapping on it with their smartphone. This is to aid people in finding the right book before they borrow it.

۶. xNT NFC implants
As creepy as it may seem, NFC implants are already a thing, and you can buy one online for a hundred bucks. Then you’ll just have to find someone willing to inject it under your skin. The xNT model contains an NTAG216 chipset encased in a 2x12mm cylindrical glass container. Compatibility shouldn’t be an issue as the chip is compatible with all NFC-enabled smartphones and tablets. 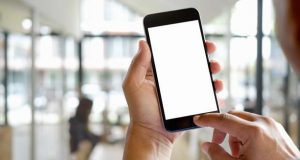 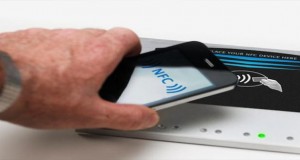