Are we mad to have let a maverick scientist create a virus that could wipe out 400 million people?

What was extraordinary about the great flu pandemic of 2018 was not only that it came exactly 100 years after the Spanish flu of 1918, but that it also killed 5 per cent of the world’s population.

Of those, some one million were in Britain. Nearly every family lost a loved one, with children and the elderly being particularly vulnerable.

The NHS was unable to cope with the sheer numbers infected, which ran to around ten million — almost a sixth of the population.

With no vaccine available, all that doctors could do was to send people home and tell them to hope for the best.

It was the worst natural disaster the world had ever seen. But the virus was no random creation of Mother Nature — it was man-made, produced by an obscure professor at a university deep in the heart of the U.S.

This may sound like a science-fiction scenario that would strain credulity but, terrifyingly, it is all too possible.

Professor Yoshihiro Kawaoka of the University of Wisconsin-Madison has created a deadly new strain of the 2009 swine flu virus — for which there is no known vaccine.

If the virus escaped from Professor Kawaoka’s laboratory it could kill hundreds of millions — perhaps even a billion. Worryingly, scientists seem as alarmed as the general public.

Professor Kawaoka revealed what he had done at a secret meeting held earlier this year, and his fellow virologists appear to have reacted with despair.

‘He’s basically got a known pandemic strain that is now resistant to vaccination,’ said one scientist who did not wish to be named. ‘Everything he did before was dangerous, but this is even madder.’

So what exactly has Professor Kawaoka done before? 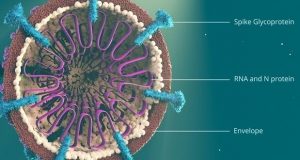 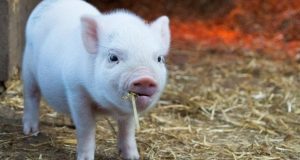