Apple Patents Method to Make iPhones Fall Like a Cat

Apple Patents Method to Make iPhones Fall Like a Cat

Apple can’t stop dreaming up with ways to keep its glass screens from cracking. The latest attempt comes in the form of a pretty bombastic patent which was just approved by the U.S. Patent and Trademark Office. Basically, it would make your iPhone fall like a cat.

Cats are famous for their righting reflex, an innate ability for the animal to orient itself mid-flight so that it lands on its feet and doesn’t hurt itself. Apple’s new patent applies this exact same idea to its fragile and expensive electronics, namely mobile ones like iPhone and iPad.

Using input from a combination of gyroscopes, accelerometers, and GPS, a device equipped with this new “protective mechanism” will recognize when it’s in free fall and calculate metrics like speed of descent and time to impact. The device would then use an onboard motor to reorient itself in order to protect fragile components like the screen or the camera when it hits the ground. The device’s on-board vibration motor could be employed, so it would even screech a little bit as it feel towards Earth, just like a cat.

The patent itself is rather detailed, and Apple provides a few more methods for repositioning the device midair. They include extending air foils or deploying gas canisters for controlled landings. This sounds kind of insane until you realize that Jeff Bezos and friends patented a smartphone airbag system over three years ago.

So it’s worth considering that there’s a bit of an arms race over these magical iPhone-saving techniques. It’s also worth mentioning that often companies file patents not because they actually want to build the device but because they want to protect their intellectual property, so the chances you’ll actually see this become a reality are slim. Either way, who wouldn’t want a more cat-like iPhone? 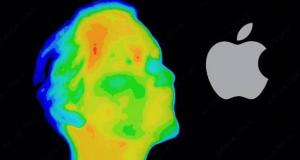 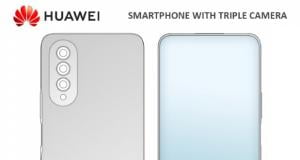 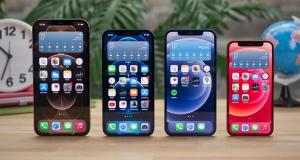