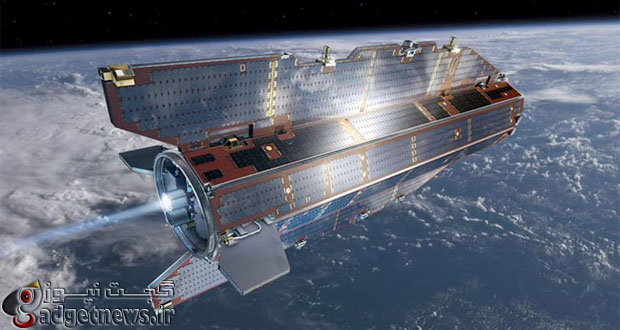 A one-tonne satellite is falling uncontrollably towards the Earth. It is expected to hit sometime late this weekend or early next week. No one knows exactly when or where it will smash down but it is likely to fragment into 25-45 pieces en route.

Written in those terms it sounds like pretty scary stuff, and indeed the news is making headlines across the web. Many seem to have been triggered by a piece in the New York Times, titled Satellite Will Fall to Earth, But No One Is Sure Where.

Perhaps a more sensible headline would have been Satellite Will Fall to Earth, But No One Need Worry Too Much.

The spacecraft in question is the European Space Agency’s Gravity field and steady-state Ocean Circulation Explorer (GOCE) mission. Since 2009, GOCE has been measuring the Earth’s gravitational field with exquisite sensitivity.

To do this it has maintained an extremely low orbit of about 280 kilometres. Now that the fuel is gone, there is no way for it to fight the gravitational field it has been mapping. Mission controllers knew that an uncontrollable fall would be the inevitable end of the mission. So, why would they take such a risk?

The answer is simple. It is because there are so many natural meteorites falling to Earth that this satellite presents almost no danger.

According to Cornell University’s Ask and Astronomer webpage, between 18,000 and 84,000 meteorites bigger than 10 grams hit the Earth every year. Not all of these survive to strike the ground.

To put the numbers into clear context, the Chelyabinsk meteor that struck Russia on 15 February 2013, injuring people and causing wide-spread damage, is estimated to have been 12,000–۱۳,۰۰۰ times more massive than GOCE.

Although GOCE is metaphorically (and hopefully literally) a drop in the ocean, such a cavalier ending to a space mission is now frowned upon by international agreement. Future satellites are being designed to include engines that will allow them to be aimed towards the ocean if they are going to re-enter.

GOCE is currently less than 190km in altitude and dropping by more than 4km a day. As it encounters denser layers of the atmosphere, the fall will quicken. Currently, ESA estimate that the satellite will hit the ground on Sunday or Monday.

An international campaign to monitor the descent is taking place through ESA’s Space Debris Office and the Inter-Agency Space Debris Coordination Committee. 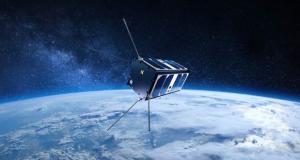 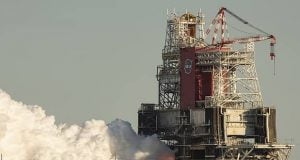